“WE’LL BE BACK” COLLECTION

SHOW YOUR SUPPORT FOR
THE RETURN OF PRESIDENT
TRUMP!

In his “Contract with the American Voter”, 45th President of the United States Donald J. Trump outlined an ambitious strategy for placing the Land of the Free back on a path more closely resembling that envisioned by our Founding Fathers. And history will show that he succeeded in spite of the toxic environment created by his political opponents. All their conspiracy theories and unfathomable corruption were defeated and the President was thoroughly vindicated as their efforts were soundly discredited. Against all odds, the Trump administration was responsible for years of economic prosperity and a return of that uniquely American feeling: PRIDE.

We have not heard the last from President Trump. 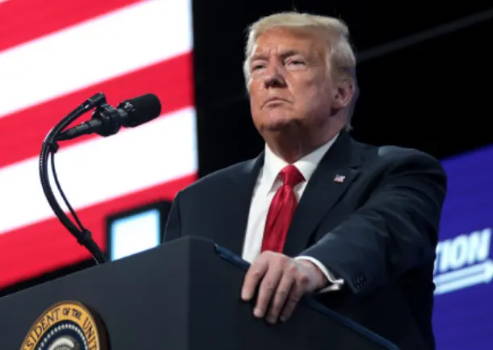 Donald Trump finds himself entering the 2024 Presidential Election in an historic position. Not since 1892 has a former president been victorious after having been defeated in his bid to serve a subsequent term. Grover Cleveland succeeded in 1892 and returned to the White House as the 24th executive after Benjamin Harrison had defeated him to become the nation’s 23rd. Trump could become not only the 45th but 47th president, a huge feat rarely accomplished – everybody says so.

Patriot Coins commemorates this occasion with the release of the second coin in the Trump series honoring the man who stood against the tide of division and partisan, identity politics to unite so many Americans in the cause of freedom and success. With yet another possible feather in his proverbial war bonnet of accomplishments, he could reclaim his stake in resurrecting this state to its position of admiration and inspiration to countless peoples around the world. He could restore the light to the beacon on the hill that is the United States of America.

Have a new coin idea? Want to talk about an existing order? Looking for information about a new product coming soon? Our team is here to help! Reach out today!

GIVE US A CALL

Or reach us via email at service@patriotcoins.com

Drop us a line

Ask us anything! We'll get back to you within 24-48 hours

...or send us a message via the contact form here!

PatriotCoins.com is home to the finest collection of silver, copper & gold coins that celebrate our American values.